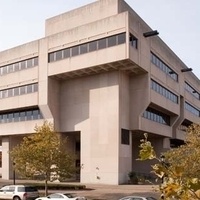 Named after Pitt’s 15th chancellor, Wesley W. Posvar Hall houses the College of General Studies, the Office of Veterans Services, the Osher Lifelong Learning Institute, the School of Education, the Graduate School of Public and International Affairs, the University Center for International Studies, and the social sciences departments of the Dietrich School of Arts and Sciences. It is the largest academic-use-only building on campus.

The building sits on the former site of Forbes Field, home of the Pittsburgh Pirates from 1909 to 1970. Babe Ruth hit his last two home runs at the ballpark. The home plate from Forbes Field is preserved on the ground floor of Posvar Hall, embedded in glass. A commemorative plaque notes the last two games played on the field—a double-header against the Chicago Cubs. Outside the hall, brick inlaid into the concrete sidewalk marks the line of Forbes Field’s outfield wall.

Hanging from the ceiling of Posvar Hall, amid various artworks and sculptures, is one of two surviving Langley Aerodomes, Aerodrome No. 6, dating from 1896. Among the first engine-driven heavier-than-air craft, it was designed by former Pitt astronomer Samuel Langley. Only nine days after No. 6 flew more than 5,000 feet, the Wright brothers made their historic first successful flight of a manned aircraft. 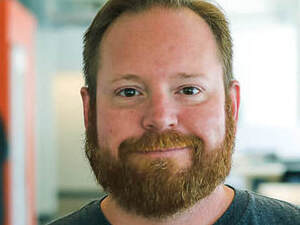 For our first Career Chat of the year, the Master of Science in Quantitative Econoimcs (MQE) program is pleased to welcome Ben Wilson, Founder & CEO at...

The purpose of the Student Club Coalition is to give clubs related to Latin America, the Caribbean, and the diasporas, an opportunity to be officially... 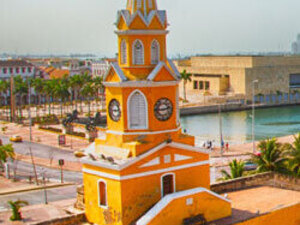 This intensive, two-part program incorporates a cross-cultural homestay with individualized field study. The program is open to undergraduates of any major... 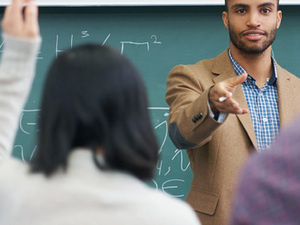 Learn to craft a proposal for your independent, faculty mentored research opportunities, such as the Dietrich School field studies programs or Summer...

Trump: The Presidency that Changed US History? |