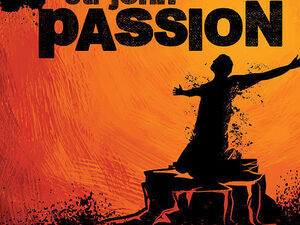 Resonance Works presents one of the greatest oratorios of all time, Bach’s St. John Passion.  Written in 1724 during his first year in Leipzig, Bach’s setting of scripture and poetry is a deeply human and intensely dramatic musical telling of the betrayal, suffering, and death of Christ.  Soloists portray characters such as Jesus, Peter, and Pilate, while the chorus portrays the angry mob, eager for bloodshed.  Arias provide moments of reflection on the drama and universal human themes including friendship and sacrifice, loyalty and betrayal, cruelty and compassion.  For more information and tickets: www.resonanceworks.org/st-john-passion