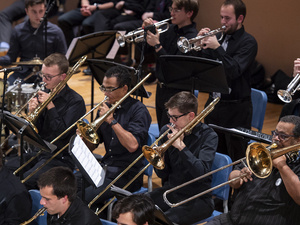 Multi-instrumentalist, teacher and entrepreneur Erica von Kleist began her career as a saxophonist and flautist in the New York jazz scene. A native of Connecticut, Erica moved to the city to study at the renowned Juilliard School and in 2004 earned the first bachelor’s degree in jazz in the school’s history. After graduation, Erica’s next ten years were met with performances, tours and several Grammy-Nominated recordings with various artists including the Afro-Latin Jazz Orchestra, the Jazz at Lincoln Center Orchestra, Darcy James Argue’s Secret Society, Chris Potter, Sean Jones, Seth MacFarlane, Rufus Reid, and The Addams Family on Broadway among others. Honored with two ASCAP Young Jazz Composer Awards, several mentions in Downbeat’s annual Readers and Critics Polls, and the Martin E. Segal Award from Lincoln Center, Erica extended her scope as a bandleader with the release of three albums; Project E, Erica von Kleist & No Exceptions, and Alpine Clarity, with a fourth with tap dancer DeWitt Fleming Jr. due out in 2020.

A teacher for over 20 years, Erica has always had a passion for education. Her theory text book A Cool Approach to Jazz Theory has been used as a curriculum for several middle and high school jazz programs. As a clinician, Erica has lectured in music business and performance at The Juilliard School, UNC Greensboro, University of Scranton, University of Montana, Stanford University, and has been an adjudicator for the Essentially Ellington Festival, and a faculty member for Carnegie Hall’s NYO Jazz Program.