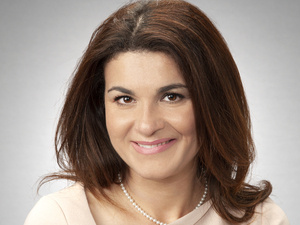 On the Neurobiology of Suicidal Behavior: From Clinical to Biological Phenotyping

Our Meet the PI lecture series continues with a presentation by Nadine Melhem, PhD, Associate Professor of Psychiatry, an expert in psychiatric epidemiology and statistical genetics.

Dr. Melhem's research focuses on studying the neurobiology of stress response and suicidal behavior across the spectrum of psychopathology. Dr. Melhem’s work identified parental history of suicidal behavior as a predictor for suicide attempt in offspring, the role of impulsive aggression in the familial transmission of suicidal behavior, and the role of the severity and variability of depression symptoms in predicting suicide attempt. Her work resulted in the development of a risk score for the prediction of suicidal behavior. She has also characterized the psychiatric impact of parental death from suicide on children and families and the phenomenology of grief in children resulting in the development of a measure and screen to assess prolonged grief in children, which have been translated to several languages and are widely used in clinical and research settings. Her work is the first to show blunted cortisol responses to stress in suicide attempters compared to other high-risk groups with psychopathology. Dr. Melhem has also studied the genetics of several brain and neuropsychiatric phenotypes. She is the Principal Investigator of three NIMH R01 studies investigating biomarkers in the HPA axis and inflammatory pathways in suicidal behavior and maladaptive stress responses, PET imaging biomarkers for risk and resilience for suicidal behavior, and a Standard-Linked Grant from the American Foundation for Suicide Prevention (AFSP) to study the role of neuroinflammation in suicidal behavior. In addition, she is the recipient of a Young Investigator Award from AFSP, a postdoctoral fellowship from the Klingenstein Third Generation Foundation in child and adolescent depression, and twice the recipient of a Young Investigator Award from the Brain and Behavior Research Foundation.