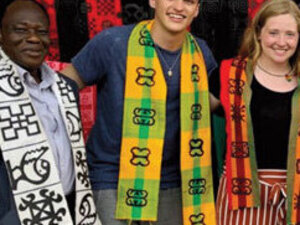 The second part of his lecture will focus on the Maroon notion of Queen Nanny as “science woman,” “metaphysical scientist,” or “traditional environmental scientist,” as opposed to the negative, and misconstrued stereotypes promulgated by British planter-historians and colonial officials. He seeks to not only examine how scholars can use scientific methodologies in historical inquiry, but also to reevaluate the questions of what science and technology are, and how they have been used in the context of Maroon nations that survived and lived in their own worlds and on the periphery of European slave societies in the Americas.

Dr. Fuller is a Fulbright Global Scholar and Associate Professor of History at Georgia State University.  Please join us for this lecture!