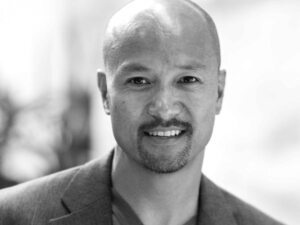 Schooling in Racist America: White Teachers and Whiteness with a Soft Touch

The Center for Urban Education (CUE) will host a talk by Zeus Leonardo, Professor and Associate Dean of Education, and Faculty of the Critical Theory Designated Emphasis at the University of California, Berkeley

This talk first argues that, as a descriptive and analytic phrase, “White supremacy” has certain advantages over the more folk use of “racism.” This utility is only becoming more obvious as white supremacy re-enters our national lexicon amidst the sharp rise in white nativism and nationalism since Trump’s election. However, in education we need a specific, rather than general, analysis of whiteness that accounts for white women’s participation as the largest demographic of teachers in public schools.

Therefore, this talk outlines a gendered interpretation of whiteness, which is attentive to white women’s victimization under patriarchy but whose racial self and collective development complicates their role as teachers of children of color. As injured injurers, white women’s gendered-racial labor plays its own role in enacting whiteness with a soft touch.

Zeus Leonardo is an AERA Fellow and the Vice President of AERA’s Division G. He was co-editor of the Review of Educational Research (2011-2014) and has been on the editorial board of many journals, including Educational Researcherand AERJ, as well as the Associate Editor for North America of Race Ethnicity & Education.  He has been a visiting professor in several universities, including the University of Colorado and University of Washington where he was the acting director of the Center for Multicultural Education in 2005.

Leonardo has authored or edited eight books, such as Race Frameworks and the 2nd edition of Education and Racism (with Norton Grubb), and several dozen journal articles and book chapters that involve critical engagement with race and class stratification in education, democratic schooling, and diversity in multiple forms, including epistemological and ideological difference.  He has received several recognitions, including the AESA R. Freeman Butts endowed lecture, the Barbara Powell Speaker Series lecture at the University of Regina, Canada, and the Derrick Bell Legacy Award from the Critical Race Studies in Education Association.  In addition to invitations in the U.S., he has accepted keynotes in England, Sweden, Canada, and Australia.  He is finishing a book titled, Edward Said and Education, which will appear in the Key Ideas Book Series with Routledge.

Light refreshments will be available at 12:45 p.m.

You're not going yet!

Register
This event content is powered by the Localist Community Event Platform.