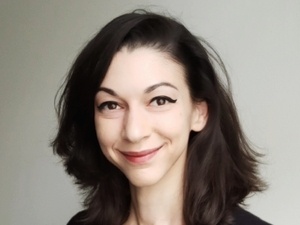 The Department of Psychiatry welcomes Jessica Schleider, PhD to Pittsburgh on Tuesday, February 18, 2020 as part of its Special Guest Lecture series.

Dr. Schleider is an Assistant Professor in the Department of Psychology at Stony Brook University. She also serves as a Faculty Affiliate at the Alan Alda Center for Communicating Science and an Academic Consultant to the World Bank's Education Global Practice. At Stony Brook, Dr. Schleider directs the Lab for Scalable Mental Health, where she and her team develop and evaluate brief, accessible interventions for youth depression and related disorders. Dr. Schleider has published more than three dozen scientific articles and book chapters and has developed online, clinic-based, and school-based intervention protocols for youths and parents. Her research has received funding from the National Institutes of Health, the Klingenstein Third Generation Foundation, and the American Psychological Foundation, among others, and has been recognized via numerous awards, including a 2019 NIH Director's Early Independence Award and the Association of Behavioral and Cognitive Therapies' 2019 President's New Researcher Award. Her work has also been featured in the Atlantic, Vox, and U.S. News & World Report, and in 2020 she was selected as one of Forbes' 30 Under 30 in Healthcare. Dr. Schleider completed her Ph.D. in Clinical Psychology at Harvard University in 2018, along with an APA-accredited Doctoral Internship in Clinical and Community Psychology at Yale School of Medicine. She graduated with a BA in Psychology from Swarthmore College in 2012.