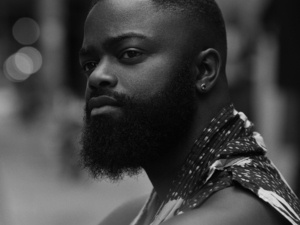 Marcus Gilmore is an Award winning American drummer/composer. New York Times critic Ben Ratliff included Gilmore in his list of drummers who are “finding new ways to look at the drum set, and at jazz itself", saying, "he created that pleasant citywide buzz when someone new and special blows through New York clubs and jam sessions."

While Gilmore can be found performing and recording with a diverse array of the finest musicians in the world such as Chick Corea, Pharoah Sanders, Savion Glover, Pat Metheny & Ravi Coltrane. Gilmore is known for his own group Actions Speak, and new special project, Silouhwav.

As a 2018/2019 Protege in the Annual Rolex Mentor and Protégé Art Project, Marcus will also be featured on the cover of Modern Drummer Magazine for their June issue.

Additional current projects include releasing his first anticipated album on his own label, "Moment in Time" duo with Silka, his innovative Marcus Gilmore Solo and Trio engagements, where he continues to explore percussion with new sound compositions and rhythms thrilling music audiences worldwide.