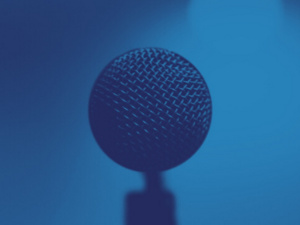 This event is postponed until further notice.

Hub Talks are a new programmatic series in which faculty can share their research and promote upcoming courses and receive interdisciplinary feedback in a casual setting.

Katie Manukyan has taught Russian language and literature in Pitt's Slavic department since 2011 and is the Managing Director of the Summer Language Institute (SLI). She maintains an active career in music as a soprano and a diction coach and collaborates with many opera companies and other performing arts organizations including Pittsburgh Opera and Pittsburgh Festival Opera. She is a leading expert in Russian lyric diction and a promoter of vocal performance in the Russian language and will be performing the role of Parasha in Stravinsky's "Mavra" at the Pitt Global Hub on March 28-29.

Manukyan's talk will cover the performance history of Stravinsky's one-act opera, "Mavra," and give an insider's perspective on producing this challenging work in Pittsburgh. "Mavra" will be staged on March 28-29 in the Pitt Global Hub by the Neighborhood Project with support from the Nationality Rooms Program, the Year of Creativity, and REEES.

Sean Guillory is the Digital Scholarship Curator in the Center for Russian, East European and Eurasian Studies and host of the SRB Podcast (https://srbpodcast.org), a weekly podcast on Eurasian politis, culture, and history. He is currently producing a 12-part audio documentary on African Americans, communism and the Soviet Union told through Lovett Ford-Whiteman's life tentatively titled "The Reddest of the Blacks."

In Guillory's talk, he will tell Fort-Whiteman's little-known story as one of the first African Americans to join the American Communist Party and a key player in shaping its positions on race, racism, and African American equality in the 1920s and 30s. He was arrested in the Soviet Union during the Great Terror in 1938 and sentenced to five years in Sevvostlag in Kolyma, one of the harshest forced labor camps in Stalin's Russia, where he died six month later. Fort-Whiteman is the only known African American victim of Stalin's terror.