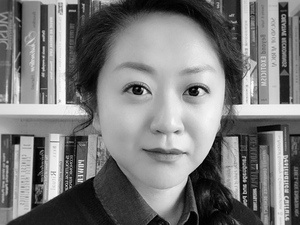 Da Lin Lectures on "Labor and Value in a Transitional Political Economy: the Case of Kun Opera in China."

Da Lin (PhD 2017) will give a lecture titled "Labor and Value in a Transitional Political Economy: the Case of Kun Opera in China."

Abstract: This paper is concerned with how Kun opera performers’ labor was transformed into economic value throughout China’s political economic transition from the mid-1980s to the early 2000s. During this period, state-owned Kun opera troupes went through two waves of labor reforms, aimed at solving these troupes’ financial difficulties resulting from a declining command economy, and exploring new methods of management in a market economy. In a case study of the Jiangsu Province Kun Opera Troupe in Nanjing, the paper explores how the labor reforms were carried out, what role performers played in the shift, and what type of activities facilitated the value transformation of musical labor. The author argues that the politics of labor changed the coordination structures shaped by different forms of sociality, changed the primary perspective in society on the significance of Kun opera, and resulted in a change of production mode from restricted performances toward the large-scale production of Kun opera. The economic value of Kun opera in the early 2000s was derived from the importance of a performance defined from the perspective of the buying public realized in increasingly diverse and incomparable forms of sociality.

Da Lin received a PhD in Ethnomusicology (2017) from the University of Pittsburgh. She is currently a Project Researcher at the Mei Lanfang Memorial Museum located in Beijing, China. She has conducted extensive field and archival research on some vocal and instrumental forms of Chinese performing arts, including Heluo drumsinging, qin music, Kun opera, and Peking opera. Her current area is economic ethnomusicology, focusing on the transmission and development of Kun opera in China's mixed economy. She co-authored the book Heluo dagu chuantong dashu xuan published by Commercial Press (2014), and has published several articles in English- and Chinese-language journals. Her other research interests include Intangible Cultural Heritages in China, music and tourism, and music industry. Her research has been funded by the Department of Music and the Asian Studies Center at the University of Pittsburgh, the Andrew W. Mellon Foundation, and the Chiang Ching-kuo Foundation for International Scholarly Exchange.