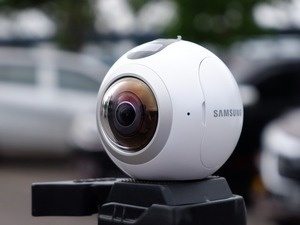 In this hands-on workshop, participants learn to create 360° videos. Upon completing the first hour of the workshop, participants are authorized to independently borrow 360° cameras. The second hour allows participants the option to briefly film and edit their footage with help and feedback from the instructor. Laptop recommended but not necessary. Registration required.

After this workshop, participants should be able to:

You're not going yet!

Register
This event content is powered by the Localist Community Event Platform.