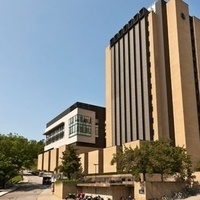 Dedicated in 1974, the Chevron Science Center is home to Pitt's Department of Chemistry, one of the nation's largest undergraduate chemistry departments.

Founded in 1875, the department has awarded more than 1,000 doctoral degrees and counts among its alumni Nobel Prize-winner Paul Lauterbur, who helped develop magnetic resonance imaging (MRI). Other alumni and researchers in the department have made important discoveries in fields like recombinant DNA technology, nanotechnology, and alternative fuels, and have pioneered innovative drug and transplant therapies.